Who Is
Seein'
Double?

Seein’ Double is a father-son acoustic duo playing in the Rochester and Finger Lakes Region of New York State. If you’re looking for an upbeat and eclectic mix of acoustic music for your venue or private party – these guys are your ticket!

They can go from Johnny Cash to Jane’s Addiction faster than you can request “Freebird!”

Which they don’t play. 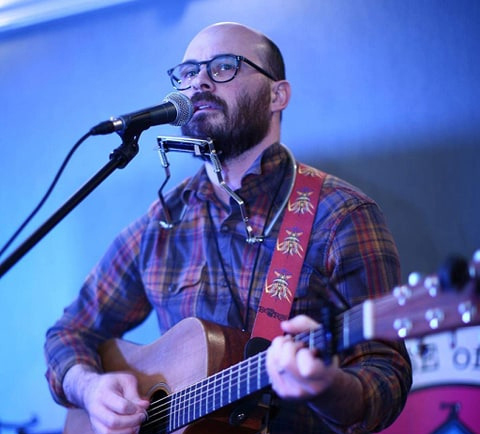 After wrapping up studies at Emerson College in Boston, Ryan moved west to Los Angeles, working in the film industry and honing his vocal talents.

As a founding member of the popular local Duo “Key Dreamers”, he picked up right where he left off and started “Seein’ Double” with his Father, and fellow “Key Dreamer” Bob Spadafora.

Bob Spadafora has been playing music in Central and Western NY for the better part of 55 years. He started young with the party band, “The Blue Lights” in Auburn, NY during the late sixties.

From there he joined the rock band “Streetwise”, a Rochester staple during the 90s and 2000s. In 2010 he formed “Key Dreamers” with Ryan, and later added Chris Englert on bass.

You’d also recognize him as the lead guitar player for RocStreet – a four piece band that plays frequently in Rochester and the Finger Lakes. We list their shows here on our site as well. 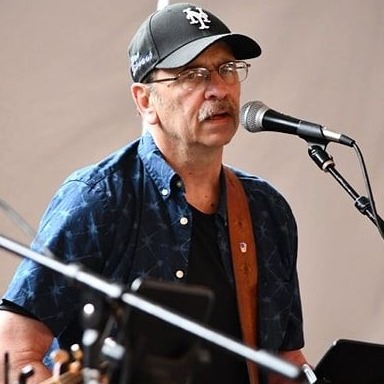 A Unique and Dynamic Sound

Although it’s just the two of them on stage, Seein’ Double has a very full sound.

Combining two acoustic guitars and two sets of vocals, Bob handles the leads while Ryan fills out the rest. Throw in a harmonica solo, and some great harmonies, and you’ve got yourself a party.

Finally, a band that doesn't play too loud

We get it… people are at your venue to socialize. To order food. To ask you how you made that IPA that is so good they’re walking away with five “crowlers” of it (we’re looking at you Twisted Rail).

Far and away, the number one piece of feedback we get from business owners is, “you guys played at the perfect volume.” We know you appreciate that because it keeps people in their seats longer. We like that too.

The second comment we get is “that was such a great mix of songs!” See below for more on that…

Here's a small sample of the songs we play...

Check out our easy to use calendar and see our availability.
You can even place a non-binding hold on us for the date of your choice.
Book Us Now

Never miss a show again! Or be first in line to download our latest release! We promise not to spam you and you can unsubscribe at any time!

An acoustic duo made up of Ryan & Bob Spadafora, Seein' Double performs regularly in the Finger Lakes and Rochester area of New York State. Don't wait, book us for your next event!
Check Availability